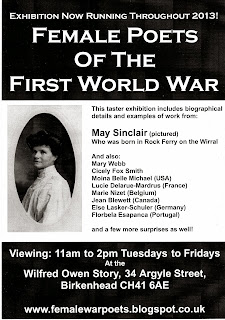 
Nancy Cunard was born on 10th March 1896 in Nevill Holt, Harborough District, Leicestershire, UK.  Her parents were Sir Bache Cunard, an heir to the Cunard shipping line and a baronet, and Maud Alice, nee Burke, an American heiress.
During the First World War, Nancy remained in London where she and her friends - the poet Iris Tree and Lady Diana Manners - dealt with their fear of losing friends who enlisted, and the terror of air raids at home, by dressing up in their finery and partying.
The girls also volunteered for war work in canteens, worked tirelessly for charities and raised funds for the war effort. They had friends who confided their secret fears to the girls before going off to war, their worst fear being not having a proper burial due to being blown to bits.
On 15th November 1916, Nancy married Sydney George Fairbairn, a cricketer and army officer who was wounded fighting during the Gallipoli Campaign. They honeymooned in Devon and Cornwall, the set up home in London in a house given to them by Nancy's mother as a wedding present. The couple separated in 1919 and divorced in 1925.
Nancy died in Paris on 17th March 1965 and is buried in Père Lachaise Cemetery, Île-de-France, Paris, France - Grave Reference: Division 87, Columbarium- however, it seems that the headstone no longer exists.
Nancy's WW1 poetry collections were:  "Outlaws and other poems" (Elkin Mathews, London, 1921) and "Paralas" (Hogarth, 1925).  She also had poems published in two  editions of the Sitwells' "Wheels" anthologies  - 1916 and 1917. 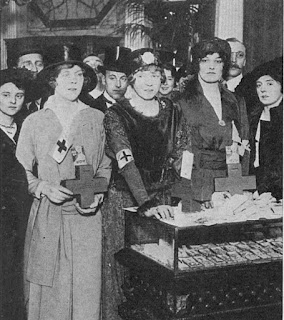 Photograph of Nancy Cunard centre - with her friend Lady Diana Manners (left) - at a sale in December 1915, held in Harrods department store, London, UK in aid of the Red Cross Fund.   Photograph from “The Tatler” Magazine, 8th December 1915.
Found by Zoe Lyons and posted on Sue Robinson’s Facebook Group Wenches in Trenches https://www.facebook.com/groups/381631619655707/ 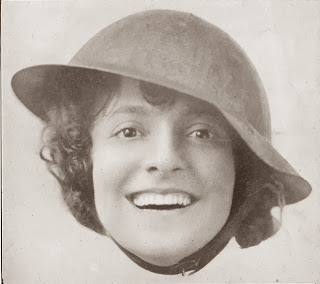 Elsie, who was born Elsie Jane Bierbower on 16th Marach 1889 in Columbus, Ohio, USA , used the pen-name Elsie Janis. She wrote and published several collections of poems in her long and illustrious career as a talented music-hall entertainer, actress, film star (both silent and talking), film producer, film director, screenwriter, poet and writer.

One of Elsie's poems was dedicated to the Troops of the American Expeditionary Force who she went to entertain on The Western Front in 1917.
One soldier wrote home: “Elsie Janis entertained us a few evenings ago and say, if she couldn’t make you forget all your troubles in a half minute, you might as well dig a six-foot hole and crawl in. She sang a few of Broadway’s latest and told some good stories and kept us all laughing for an hour and a half. She even had us singing like a bunch of kids, including a half dozen generals in the front row.”
The poem is entitled "Lest we Forget!" which surely earned Elsie the title "The Sweetheart of the AEF".
Well boys! La guerre est finie,
And, of course, we all are glad.
But, as time goes on, we’ll realize
That the War was not so bad.
Of course, it had its drawbacks,
But it had its glories too
And for me, my greatest glory was
That I got to know you.
To know you in your hardships,
To know you in your joys
To know that my life’s finest hours
Were spent among you boys.
In dug-outs or in Y-huts,
In boxing ring or trench,
I loved to see you smile at me,
And yell in Doughboy French:
“Bonjour comment te hell est vous?”
And sing my songs with me.
Oh boys, I know it’s selfish,
But I’m sorry it’s “fini”
For as a boy remembers
The dear old swimming  hole,
And as a girl remembers
The first kiss her sweetheart stole:
Just as your mother still can feel.
Your golden baby locks,
So are the days we spent in France
Locked in my memory box.
The War is dead Long live the War!
And the memory of the men
Who fought and died,
Or lived through hell
To come back home again.
So let us laugh, and let us say
Thank God we’re through,
And yet –
Let’s breath a tiny little prayer
Each day,
Lest we forget. (Janis, “Poems”, pp 58 – 59).
One of the most popular songs Elsie sang to the troops was “Don’t Forget the Red Cross Nurse” by Lew Orth and Chas. K. Hicks and published by Orth & Coleman, Boston, Mass. in 1917. 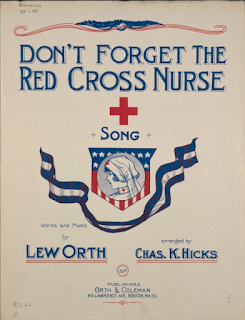 All about sacrifice, the song captures the effort of the nurse who is likely to forgo herself and help soldiers first in the “field of battle mid cannon’s roar and rattle.” Serving in a time of conflict, the image of the American Red Cross nurse became a symbol of companionship, bravery, and motherly love.
After WW1, Elsie toured with a show called "Elsie Janis and her Gang in a Bomb-Proof Review", which featured former soldiers, nurses and other WW1 workers.
Elsie moved to Los Angeles, where she died in 1956.
Sources:
https://www.worldwar1centennial.org/index.php/singing-and-fighting/music-and-entertainment-in-the-trenches.html
http://www.edwardlengel.com/elsie-janis-becomes-sweetheart-doughboys-1918/
Posted by Lucy at 09:39 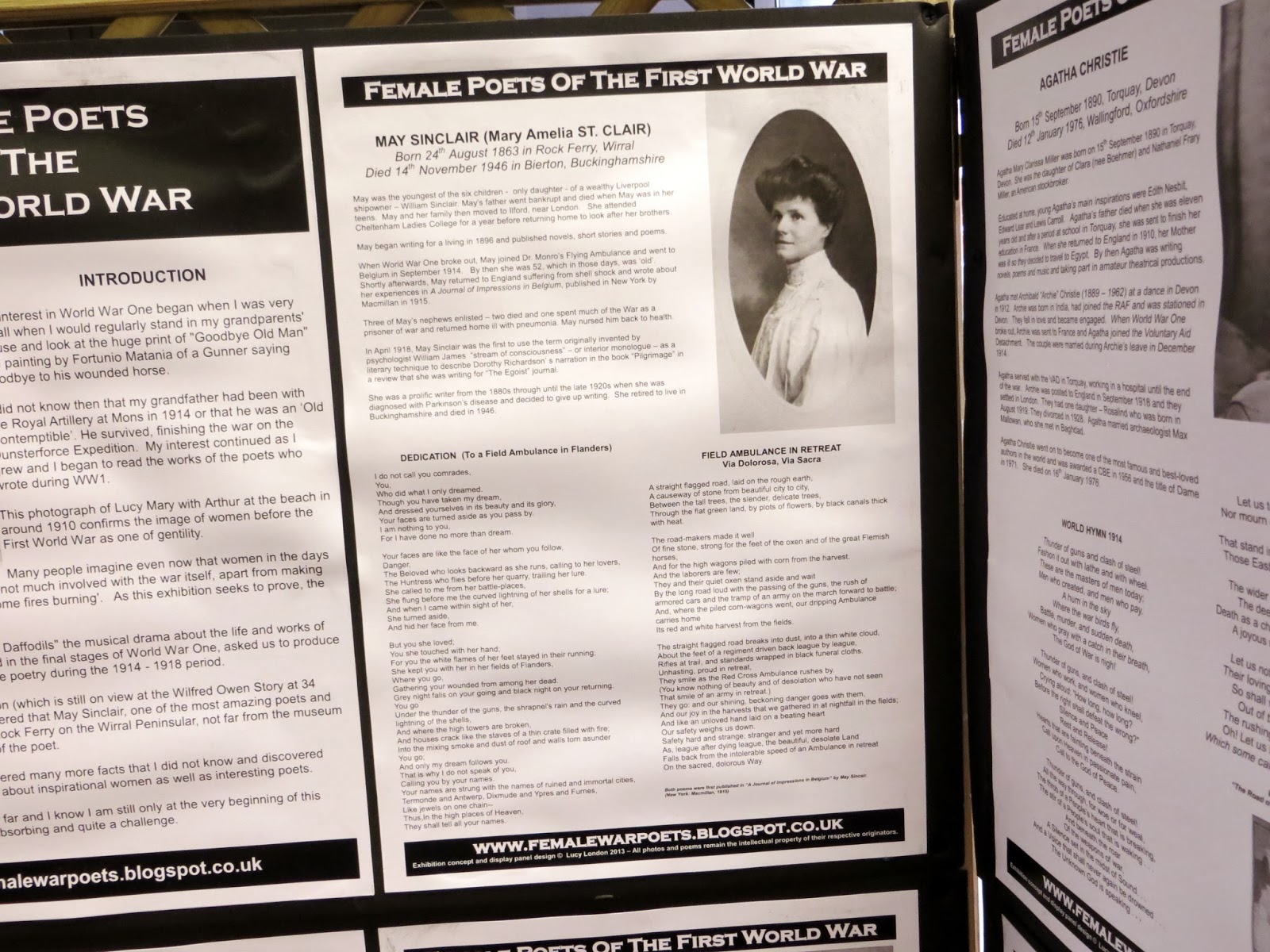 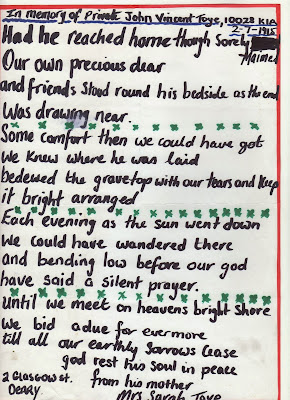