I am indebted to Viv Newman who contacted me recently.  Viv is a writer who is currently researching First World War poetry.   She pointed out to me that Marjorie Kane Smyth who I had included in my List of Female Poets of the First World War under 'Britain' was in fact Australian.

Catherine Reilly ("Scars upon my heart") and Nosheen Khan ("Women's Poetry of the First World War" - for reference to both anthologies please see my Bibliography) did the most wonderful ground work for those of us wanting to find out more about women who wrote poetry during the First World War.  Neither Reilly nor Khan had the resources we have today so they are to be applauded.

I will now make sure Marjorie is in the correct place on the list.

"Marjorie Kane Smyth d.1936(?)
Australian, lived in New South Wales; father may have been a clergyman because in 1904 she passed Junior examinations at the Clergy Daughters’ School.  She was one of the early Australians to volunteer as a VAD (St. John's Ambulance Brigade), arriving in Egypt on 12 October 1915 …  She worked at No. 1 Australian General Hospital, ‘Heliopolis Palace’ a huge complex which according to the Hospital’s own records was in ‘the land of the Pharaohs’ as a 750 bed hospital (increasing to 1040 on arrival in France) from January 1915 to March 1916 . In Egypt the hopsital cared for patients from Gallipoli and then transferred to France.  Marjorie served with this hospital, attached to the QAIMNS, until June 1917.  She was awarded the 1914-1915 Star as well as the War and Victory medal."

According to other sources (see below), Marjorie was born in St. Kilda, Melbourne, Victoria.  Her husband was killed during the First World War and her date of death was 1974.  She was a modernist painter and her work was exhibited in the 1920s and 1930s in Sydney.
https://www.daao.org.au/bio/marjorie-kane-smyth/
http://www.aucklandmuseum.com/war-memorial/online-cenotaph/record/C144119
http://www.austlit.edu.au/austlit/page/A44976

Many thanks indeed Viv Newman - Historian and Author of "We also served:  The Forgotten Women of the First World War and "Nursing through Shot and Shell:  A GReat War Nurse's Diary" - www.firstworldwarwomen.co.uk

Regular followers of this weblog (which is an add on to the Commemorative Exhibition Project) will know that I have been researching female poets who were VADs, nurses, ambulance drivers and so on during the First World War.

If anyone knows of any who are not yet on this list please get in touch.  Many thanks.

POETS WHO WERE NURSES, VADs, etc. IN WW1

WOMEN’S POETRY IN THE GREAT WAR 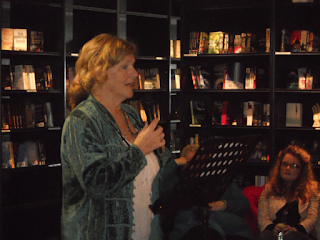 The Royal College of Nursing is hosting an event on 3rd July 2015 entitled ‘Women’s Poetry in the Great War: Poetry and Music’.   Featured will be British poet/nurse Audrey Ardern along with musicians Lucas Jordan on flute and Fabricio Mattos on guitar.


Poetry and music followed by a drinks reception.  Tickets are £15 and can be ordered from eventsreg@rcn.org.uk