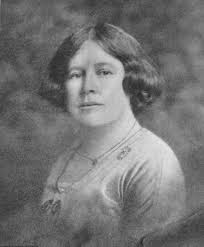 Cicely Fox-Smnith (1882 - 1954) was among the very first female poets of WW1 I researched for this commemorative exhibition project.  For ANZAC Day, here is a poem written by Cicely about the Anzacs:

Oh, hump your swag and leave, lads, the ships are in the bay -
We've got our marching orders now, it's time to come away -
And a long good-bye to Anzac Beach - where blood has flowed in vain
For we're leaving it, leaving it, game to fight again!

But some there are will never quit this bleak and bloody shore -
And some that marched and fought with us will fight and march no more;
Their blood has bought till Judgment Day the slopes they stormed so well,
And we're leaving them, leaving them, sleeping where they fell.

Ay, they are gone beyond it all, the praising and the blame,
And many a man may win renown, but none more fair a fame;
They showed the world Australia's lads knew well the way to die;
And we're leaving them, leaving them, quiet where they lie.

I have tried to include poets from as many different countries as possible in order to demonstrate the global impact of the conflict.

Chile was important because of the country’s nitrate mines - nitrates were required in the manufacture of explosives.  Exports to Germany ceased at the beginning of WW1, which forced Germany to seek alternative supplies and resulted in her scientists discovering synthetic nitrates.  After the War, Germany exported those synthetic nitrates, which, it could be argued contributed to the economic decline of Chile.

The sea Battle of Coronel in November 1914 took place off the coast of Chile and in 1917, Germany's policy of 'unrestricted submarine warfare' affected every sea-faring nation directly and others indirectly (imports, travel, etc.).

Chile reacted in February 1917 by making a formal diplomatic protest, stating that the German measures were unacceptable and that Chile reserved the right to defend her ships should they be attacked by German submarines.

Gabriela Mistral was the pen-name of Lucila Godoy y Alcayaga, who was born in Vicuna, Chile on 7th April 1889.

A year later, Gabriela met Romeo Ureta and they fell in love with each other.  Sadly, Romeo took his own life three years later, which, together with the loss of a nephew, had a lasting impact on Gabriela.

From them on Gabriela wrote, publishing several collections of poetry and articles about education., and she continued teaching.

In 1945, Gabriela became the first woman Latin American poet to be awarded the Nobel Prize for Literature.  The Nobel citation read:

“…for her lyric poetry which, inspired by powerful emotions, has made her name a symbol of the idealistic aspirations of the entire Latin American world“


“Song of Death” by Gabriela Mistral

Old Woman Census-taker,
Death the Trickster,
when you’re going along,
don’t you meet my baby.

Anti-Mother of the world,
People-Collector –
on the beaches and byways,
don’t meet that child.

The name he was baptized,
that flower he grows with,
forget it, Rememberer.
Lose it, Death.

Let wind and salt and sand
drive you crazy, mix you up
so you can’t tell
East from West,

or mother from child,
like fish in the sea.
And on the day, at the hour,
find only me.

Italy joined the conflict on the side of the Allies on 23rd May 1915, declaring war on her former ally The Austro-Hungarian Empire. 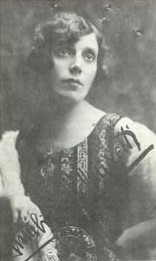 Amalia was born in Turin on 4th April 1881.  Her parents were Pietro Guglielminetti and his wife Felicita, nee Lavezzata.  When Pietro died, the family went to live with Felicita’s mother.  Amalia was educated in a convent school and began writing poetry in 1901 for the Sunday Supplement of the newspaper “Gazetta del Popolo”.  Her poetry collections were published in 1903, 1908, 1917 and 1925.  Between 1916 and 1925, Amalia wrote childrens’ stories.

Amalia travelled throughout Italy lecturing and urging women to speak out for themselves.  She created and edited “La Seduzioni”, a literary magazine.  In Amalia’s own words “to found a literary review is, for a woman, a more momentous event than that of taking a husband.”

Amalia died in 1941 in Turin, following a fall during an air raid.

As previously explained, when I began this commemorative exhibition project “Female Poets of the First World War”, I tried to find poets from as many countries of the world in order to demonstrate the global impact of the conflict.  To this end, some of the poems included do not relate directly to WW1.  However, as a poet, I feel certain that the world- changing events of 1914 – 1919 would have inspired a poet to write, even though their work may not have been published.

I also prefer to leave the poems in their original languages - though I sometimes manage to find translations, this is not always possible.

In order to demonstrate the global impact of the First World War, I have tried to find poets from as many countries as possible.  To this end, some of the poems included do not relate directly to the war.  However, all the poets included were alive and capable of writing poetry during the 1914 – 1919 period.  As a poet, I contend that it is highly likely they would have written about the war even if their poems were not published, or they have been published and we have not yet discovered them. 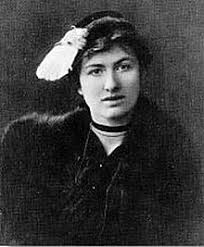 Edith Irene Södergran was born in Saint Petersburg, Russia on 4th April 1892.   Her parents, Mats Södergran and Helena, née Holmroos, were both born in Finland but had Swedish as their Mother tongue.

When Edith was a baby, the Södergrans moved to the village of Raivola on the Karelian Isthmus, where her grandfather, Gabriel Holmroos, had purchased a house for them.

Edith was educated at the girls school in Petrischule in St. Petersburg. The school was situated opposite The Winter Palace, which meant that Edith to experience the troubles in Tsarist Russia at first hand.  In 1904, her father was diagnosed with Tuberculosis, and in May 1906 he was admitted to Nummela sanatorium in Nyland. He was sent home and died in October 1907.

Edith was a keen photographer. German was the language she mainly used at school and with her friends.  Her first poem was written in German.

In November 1908, Edith began to feel ill and was diagnosed with ‘inflamation of the lungs’.  In 1911, she and he rmother travelled to Switzerland, where they hoped Edith would receive treatment for her illness.

Her time in Switzerland had a pivotal effect on Edith's life. From a remote part of Finland she went to an intellectually rich country where, not least in the Sanatorium, she mixed with gifted people who hailed from different parts of Europe. With them she felt a connection that she had rarely felt in St. Petersburg. Edith wrote two poems, Trädet i skogen ("The Tree in the Forest") and Fragment av en stämning ("Fragment of a Mood"), which express her sorrow and memories of her time in Switzerland.

Edith and her mother returned home In the spring of 1914.  At the beginning of the First World War, Finland was an autonomous Grabd Duchy within the Russian Empire.

Edith continued to write poetry but from 1920 onwards she abandoned her poetry and did not write again until August 1922;

Edith died on 23rd June 1923 at her home in Raivola, Russia and was buried at the village church.

Of all our sunny world
I wish only for a garden sofa
where a cat is sunning itself.

There I should sit
with a letter at my breast,
a single small letter.
That is what my dream looks like.