Jean Blewett featured in the very first exhibition of Female Poets of the First World War held in November 2012 at The Wilfred Owen Story, Wirral, UK, which featured her poem “What Time the Morning Stars Arise” 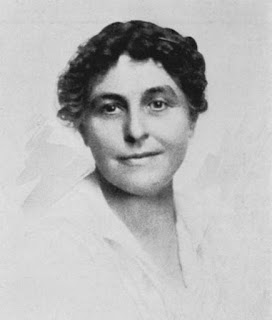 Jean Blewett was born Janet McKinshie in Scotia, Kent County, Ontario.  Her parents, John McKishnie and his wife Janet, nee MacIntyre were Scottish - from Argyllshire.   Educated in local schools and at St. Thomas Collegiate Institute, Jean began writing at an early age and published her first novel in 1890 and her first collection of poems in 1897. She also wrote under the pen-name Katherine Kent. Jean’s brother, Archie P. McKishnie, was also a well-known writer.

Jean married Bassett Blewett, who was from Cornwall. She joined the editorial staff of  “The Globe”, a Toronto newspaper and in 1898 she became editor of the newspaper’s Homemakers Department.   Jean also wrote for “Everywoman’s World” in Toronto.

In 1919, assisted by the Imperial Order of the Daughters of the Empire, she published a booklet titled Heart Stories to benefit war charities.  Jean also regularly lectured on topics such as temperance and suffragism.  She retired from journalism in 1925 and died in Chatham, Ontario on 19th August 1934.

Look yonder where the Rose of Sunset leans
A Blessed Damosel on golden stair-
Whose lightest touch illumes, incaradines,
And kindles flames of splendour everywhere.

Mount Cavell but a little time ago
Seemed typical of majesty severe,
Aloof, far-off, with diadem of snow-
Lo, gone the grimness, and the air austere !

The Rose of Sunset in a shining mood
Has paused to touch him with her fingers warm,
To weave her crimson petals in a hood,
For his great head, with all her subtle charm.

For cloak she shakes from out her royal lap
Whole webs of vapour, soft, of silken mist,
The rarest colours ever dyed, mayhap,
Mauve pink, and Persian rose, and amethyst.

That rarest blue, in midnight vision given
To such as vigil keep, for His dear sake,
Who see across the flowery meads of heaven
The shining pathway that the angels take.

Fair, fair, this cloak the Rose of Sunset weaves,
Ere the invading twilight dulls and blurrs,
Weaves out of golden mist and ruby leaves,
While all the glamour of the skies are hers.

Mount Cavell did we dare to call thee grim
When first we saw thee standing bald and bare,
Ere vet this glory clothed thee like a dream,
Kindled to lip a thousand beauties fair?

Nay, grandeur is thine own staunch and immoved
Thou standest forth a splendid monument
To her, the brave, the steadfast, the beloved
Who sleeps upon a foreign shore, content.

A monument the years will not efface
A speaking monument that will extoll
A woman s tenderness, and truth, and grace,
The strength and courage of a woman s soul.

The Rose of Sunset steals away to sleep,
And, following in her train of palest gold,
Are soft-veiled, fleecy clouds like flocks of sheep
That hurrying go to find some far-off fold.

Above Mount Cavell mark the shadows grey,
Shot through with one great opal tinted bar;
And just between the darkness and the day
Gleams down upon the hills one silver star.

Mount Edith Cavell is a mountain located in the Athabasca River and Astoria River valleys of Jasper National Park, and the most prominent peak entirely within Alberta, Canada. The mountain was named in 1916 in memory of British nurse Edith Cavell.

The Wilfred Owen Story and Study Centre is currently in The West Kirby Arts Centre, 29 Brookfield Gardens, West Kirby, Wirral, UK, CH48 4EL. Tel.:
07539 371925.   The WOS is the first permanent exhibition to commemorate the genius of the Peninsula’s most famous adopted son. 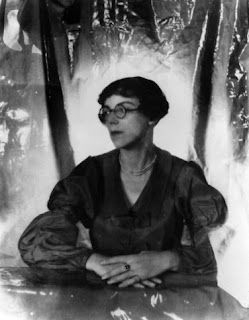 Sylvia Nora Townsend Warner was born in Harrow on the Hill, Middlesex, UK on 6th December 1893. Her parents were George Townsend Warner  and his wife Eleanor Mary, née Hudleston, who was known as Nora.  George was a house-master at Harrow School and was associated with the prestigious Harrow History Prize which was renamed the Townsend Warner History Prize in his honour, after his death in 1916.

Educated at home by her father, Sylvia worked in a munitions factory during the First World War.  She died on 1st May 1978, leaving a legacy of a large volume of literary works.

If you live near London, UK, you will be able to hear some of Sylvia’s war-time poems at an event organised by Boulevard Theatre and Live Canon Ensemble: War Poets, Sunday, 10th November 16h.30 at The New Boulevard Theatre, 6 Walker's Court, Soho, W1F 0BT, UK To book tickets please follow this link https://boulevardtheatre.co.uk/…/sunday-service-poetry-10-…/

This performance by the Live Canon ensemble showcases several centuries of war poetry. The programme features well-known poems from the First World War, including work by Sylvia Townsend Warner, May Herschel Clarke, Edith Sitwell, Helen Dircks, Eva Dobell. Rupert Brooke, Edward Thomas, Siegfried Sassoon and Wilfred Owen and work from other conflicts - the Crimea, Second World War, Vietnam, Iraq, Liberia and Afghanistan - and foregrounds some of the most extraordinary war poetry by women from every generation. Live Canon perform from memory – these are not readings – and this is a rare opportunity to hear this collection of poetry performed live.