research Catherine, to Julie Cauvin who confirmed that the Red Cross WW1

Record card is indeed for Catherine Wells, wife of H.G. Wells, and to David Gray

Catherine was born Amy Catherine Robbins in Islington, London, UK on 8th July 1872.   Her parents were Frederick and Maria Catherine Robbins.   Catherine, who was known as Jane, was a student of Herbert George ( H.G.) Wells during his time as a teacher.  They were married in St. Pancras, London in 1895 – she was his second wife.  Jane died on 6th October 1927, in Dunmow, at the age of 55.

After Catherine’s death in 1927, H.G. Wells had her poetry and short story collection published under the title “The Book of Catherine Wells”, which was published by Chatto & Windus in 1928.  Several of her poems relate to WW1:

You come with soft feet

That have given us in all our years

You spread your loveliness before us –

As if in kindness you had hung a curtain

To stop our hearing how a madman

Raves, in the next room.

It is n o good, dear beauty of the earth !

Come the screams of war.

In the void of space

About an armoured monster in their midst;

At their bright immortality.

‘He must be beaten our of life,’ they cried;

And as I looked came multitudes

Carrying their all, and heaped upon the brute

Each staggering load, blow after blow, until he lay

Writing beneath a monstrous heap of treasure

And brave bodies of men, and women’s tears

That ran down the heap of pearls.

And still the angels cried, ‘More yet ! more yet !

Not yet is there enough !’ Again

Until they had no more to give.

It seemed enough, until a tiny chink

Showed in the heap.

‘We have no more,’ the people wept.  And then

The angels turned, and each his finger held

Straight aimed at me, and called in unison,

My agile scissor cuts and snips,

But truant Brain leaps out at play

And flies to some pellucid day

And suddenly I seem to hear

A sea maid singing at my ear

And straight am with her on a strand

Of cockle shells and pearly sand.

Where rainbows crown the leaping surf

And green weed wraps the rocks with turf.

We wreathe her yellow hair with weed

And play with coriander seed

And coral beads and horns of pearl -

The while that here my body sits, 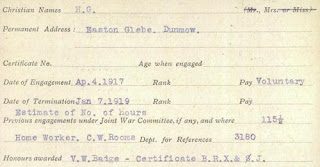 WW1 Red Cross Record card for Mrs H.G. Wells - From Julie Cauvin:  “Catherine did a Red Cross course: From the Boston Review blog spot ‘...She had gone through a Red Cross course so as to be competent in domestic emergencies. She had a file of shop addresses where things needed could be bought. Her garden was a continually glowing success...’ The Wells family lived at Easton Glebe - Besides his home in London, Wells rented Easton Glebe, Dunmow, Essex, on the Easton Lodge estate, between 1910 and 1928.”

“Flicking through a volume written by H. G. Wells from Siegfried Sassoon’s library, I found a small, printed booklet being the Eulogy by Wells for his wife Catherine. I’m guessing Sassoon slipped it into the book after attending the service.” 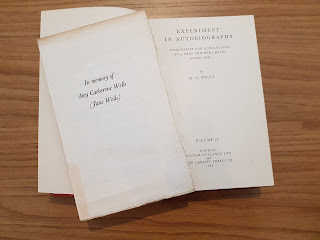 Sources:  Find my Past,

"The Book of Catherine Wells" - short stories and poems - published in 1928 after Catherine's death by Chatto and Windus, London, 1928 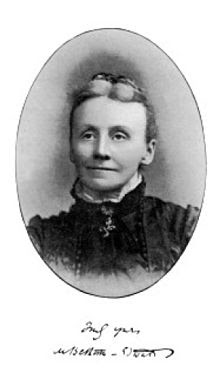 Matilda’s aunt was the artist, poet and novelist Matilda Beetham (1776 – 1852).  Matilda later wrote about her aunt in her book “Six Life Studies of Famous Women” (1880).  Matilda was educated in Ipswich and as a governess-pupil at a school in London.   She studied French and German in France and Germany and went on to write travel books.  After the death of their father, Matilda and her sister managed the family’s farm.

Catherine W. Reilly tells us that Matilda published a volume of poetry during the First World War – “War Poems” (Arrowsmith, Bristol, 1917) – 24 pages.  According to Reilly, a copy of that collection is held by Manchester Public Libraries.  Matilda also wrote an account of the German occupation of Alsace – “Hearts of Alsace” (1916).

“The Two Mothers” by Matilda Betham-Edwards

‘Poor woman, weeping as they pass,

You mourn some gallant boy, alas!

‘Kind stranger, not for soldier son,

Of shame, not grief my heart will break

Three stalwards have I, but not one

Published in the “Westminster Gazette” on 11th December 1914.

“War Poems” was the last poetry collection Matilda had published. It was inspired by the events of the First World War and some of the poems focus on theAlsace region of France. Most of the poems in the collection are patriotic and encourage men to join the fight, as shown by this extract from “No Son of Mine”(1915): 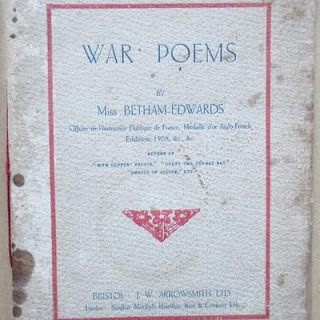 “From over-sea thy brethren hie,

Great England’s sons, not these home-born,

Whilst thou by thousands let’st them die

Thyself, unharmed, the butt of scorn!”.

Hibberd, Dominic and Onions, John, Editors.- “The Winter of the World Poems of the First World War” (Constable & Robinson, London, 2007)

There is a Biography of Matilda Betham Edwards written by Professor Joan Rees and published in 2006.