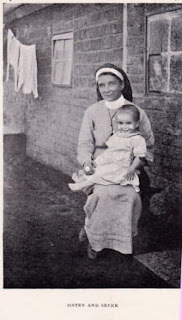 Helen Agnes Henrietta Tayler was born in Chelsea, London, UK in 1869. Her parents were William James Tayler, Laird of Glenbarry, and his wife, Georgina Lucy, nee Duff.  Known to family and friends as Hetty, her siblings were an elder sister, Constance and a younger brother, Alistair.  The family lived in London but every summer they travelled up to William Tayler’s childhood home - Rothiemay House, near Huntly in Aberdeenshire.

Henriette served with the French Red Cross during WW1.  After the war, she served in Italy, nursing civilians and servicemen suffering from 'Spanish flu'. She wrote her story - “A Scottish Nurse at Work: Being a Record of what One Semi-trained Nurse Has Been Privileged to See and Do During Four and a Half Years of War”  In Hetty's own words: ‘We did all our work in eucalyptus masks and everything was disinfected, even our letters.”

With thanks to Lizbet Tobin and Eric Webb for additional information.

Sources:  Find my Past

With thanks to John Seriot for reminding me I had not posted this, though Inez is included in Volume 2 of Female Poets of the First World War Her paternal grandfather – Sir Cuthbert Quilter – was one of the founders of the “National Telephone Company” and his telephone number was “London One”.

In April 1955, Inez married former Yorkshire and MCC cricketer Brigadier Raleigh Charles Joesph Chichester-Constable, who was awarded the DSO in both world wars.

Inez wrote this poem when she was eleven years old and it was included in “The Blue Cross Code”, a WW1 anthology published by Jarrolds in 1917.

‘Sall’: (In Aid of the Wounded Horse)

I’m none of yer London gentry,

But I’m only a farmers plough horse

And I’se born among hills and fells.

Fer yer won’t get ‘em from me,

I’se made as nature intended

You’ve not seen me in the Row yet

Find my Past, Free BMD, 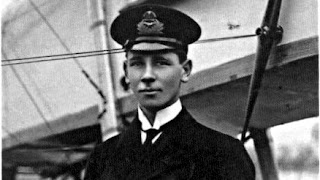 On 7th June 1915, Flight Sub-Lt Reginald Warneford of the Royal Navy Air Service (RNAS( was awarded a Victoria Cross for destroying a Zeppelin in mid-air by dropping bombs on it. One exploded, setting the Zeppelin on fire, overturning Warneford's plane and stopping its engine. He landed in German territory but managed to re-start the engine and returned safely to base.  Lt Warneford was also awarded the French Legion of Honour for his action.

Sadly, Lt Warnford was killed the day he received his French medal – on 17th June 1915 – as his plane crashed while taking a journalist on a non-combat mission. Canadian poet Jean Blewett wrote a poem about Warneford’s exploit :

“What Time The Morning Stars Arise” 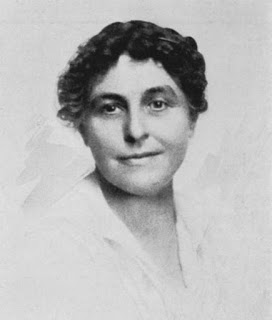 ABOVE him spreads the purple sky,

Beneath him spreads the ether sea,

And everywhere about him lie

Dim ports of space, and mystery.

Ho, lonely Admiral of the Fleet !

'Methinks I hear,' he says, 'the beat

Of great wings rising for the flight.'

Ho, Admiral neighbouring with the stars

Above the old world's stress and din !

With Jupiter and lordly Mars–

'A bird with menace in its breath,

A thing of peril, spoil and strife,

The little children done to death,

The helpless old bereft of life.

'The moan of stricken motherhood,

The cowardice beyond our ken,

The cruelty that fires the blood,

And shocks the souls of honest men.

'These call for vengeance–mine the chase.'

He guides his craft–elate and strong.

Up, up, through purple seas of space,

While in his heart there grows a song.

'Ho, little ship of mine that soars

Twixt earth and sky, be ours to-day

To free our harassed seas and shores

Of yonder evil bird of prey !'

The gallant venture is his own,

No friend to caution, pray, or aid,

But strong is he who fights alone,

Of loss and failure unafraid.

Till poised above the startled foe–

It is a fight to stir and thrill

And set the dullest breast aglow.

On fields that are a nation's pride,

And oh the deeds of daring done

Upon her waters deep and wide!

But warfare waged on solid land,

Or on the sea, can scarce compare

With this engagement, fierce, yet grand,

This duel to the death in air.

Why prate we now of other wars

Since he has won his name and place

By deathless valour 'mong the stars?

No more that Zeppelin will mock,

No more will sound her song of hate;

With bursting bomb, and fire, and shock,

She hurtles downward to her fate.

A touch of rose in eastern skies,

A little breeze that calls and sings,

Look yonder where our hero flies,

He sees the moon drift pale and wan,

To hold her court of Love at dawn.