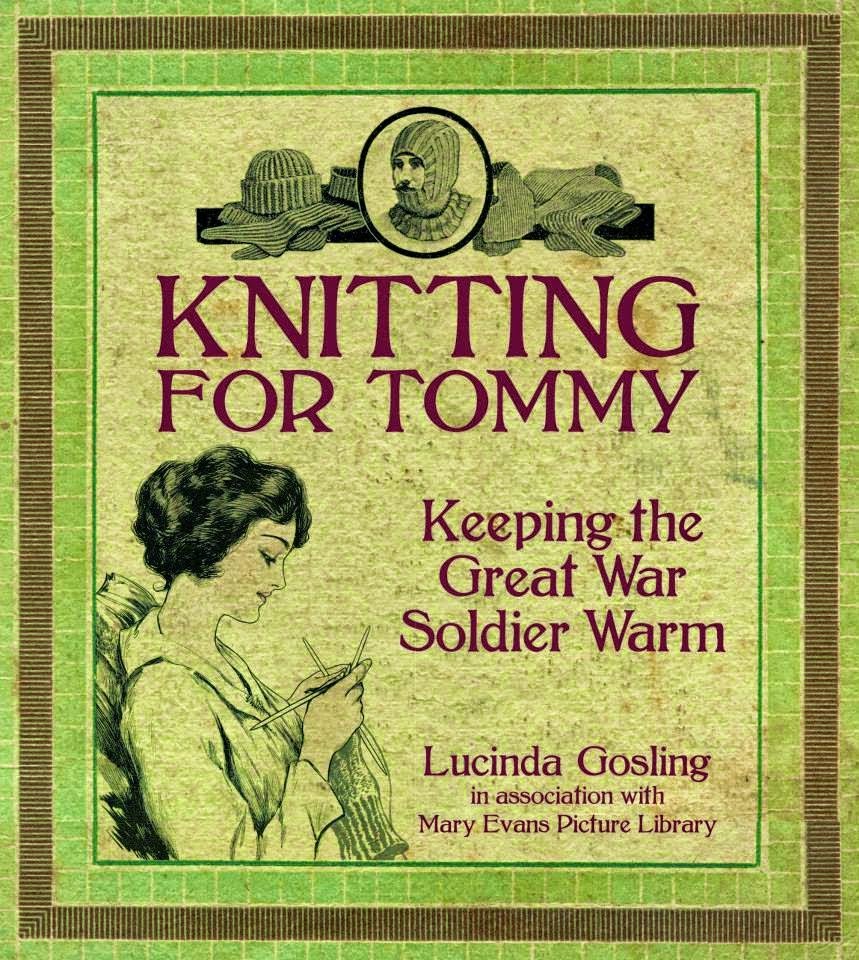 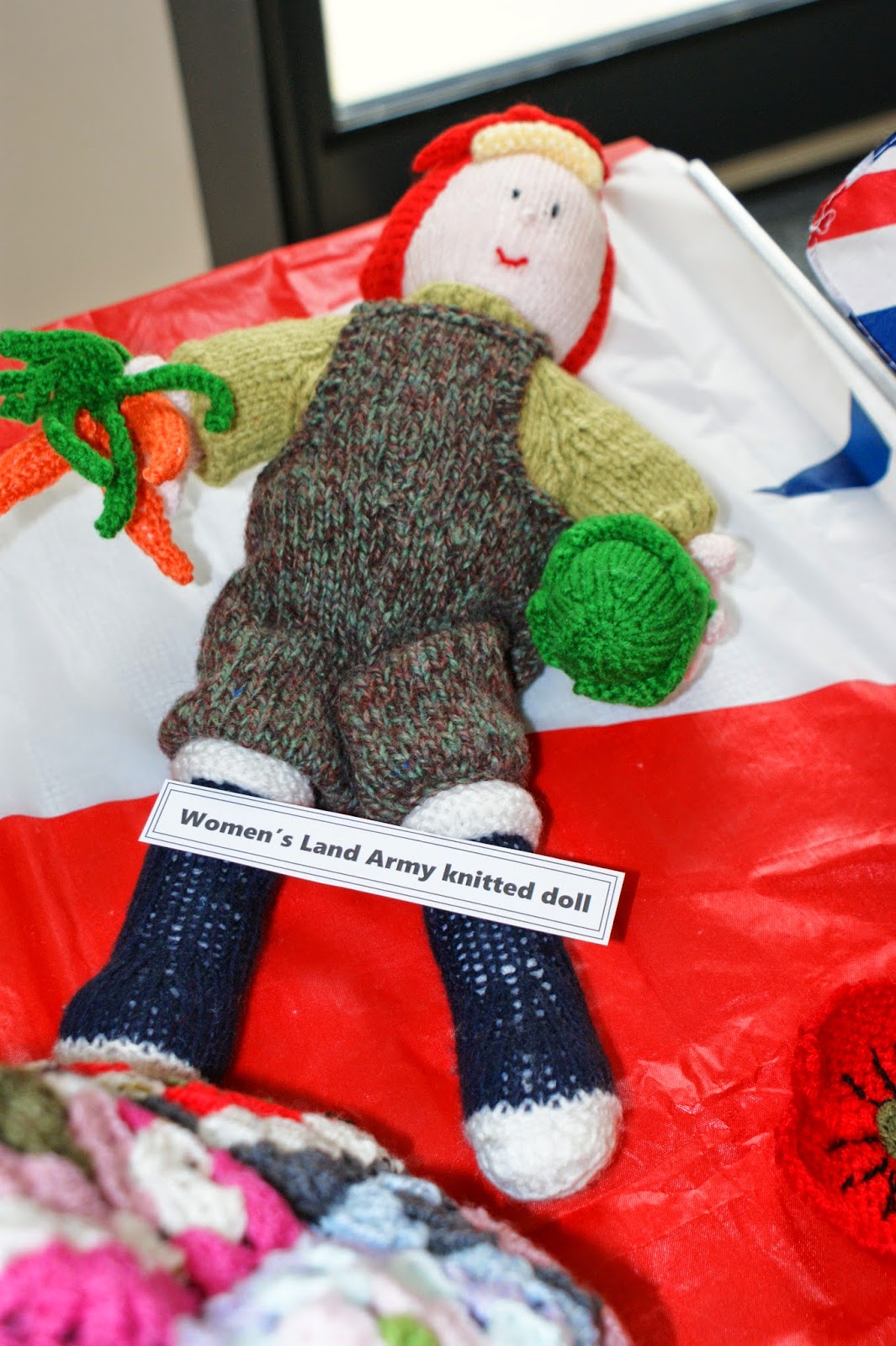 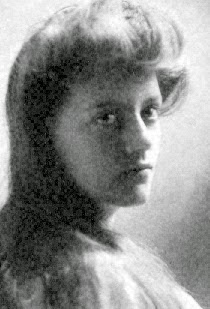 Aline was born on 1st August 1888 in Norfolk, Virginia.  Her parents were Ada Foster Murray, a poet, and Kenton C. Murray, who edited the “Norfolk Landmark” newspaper.

Aline’s Father died in 1895 and in 1900, her Mother remarried Henry Mills Alden who was the Managing Editor of “Harpers’ Magazine”.

Aline was educated at Rutgers College Grammar School, where she met her future husband, Joyce Kilmer.   Aline and Joyce were married on 9th June 1908.

When their daughter Rose contracted Polio, Joyce and Aline converted to the Roman Catholic faith.

After her husband’s death in the First World War, Aline had her first collection of poems published under the title “Candles that Burn” in 1919.  She continued to write poetry and also wrote children’s books. 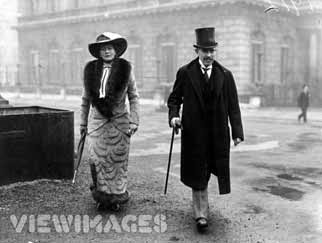 With many thanks to Penelope Monkhouse for supplying the following information:


Mechtilde Lichnowsky (1879 Schloss Schönburg – 1958 London) (née Mechtilde Gräfin von ind zu Arco-Zinneberg) came from a noble family and was a great-granddaughter of the Empress Maria Theresa. In 1904 she married the diplomat Karl Max Prince Lichnowsky, with whom she had three children. Between 1912 and 1914 Prince Lichnowsky was the German ambassador in London, where he tried in vain to reach a political settlement with the UK.

After her first husband’s death in 1928, Mechtilde moved to the south of France. She refused to join the official Writers´ Chamber and consequently her works were banned. In 1938 she married a British Major - Ralph Harding Peto - but on making a visit to Germany in 1939 she was interned and did not see her husband again - he died in September 1945.

During her house arrest, Mechtilde worked on her critical book "Worte über Wörter" in which she showed the barbarity of the NS-regime through the language it used. It could not be published at the time, but did appear in 1949. During 1946 Mechtilde moved to London, where she lived until her death. In 1954 she was awarded the literature prize of the City of Munich and became a member of the Bavarian Academy of Fine Arts. Mechtilde died in June 1958 was buried in the cemetery at Brookwood in Surrey.


Penelope Monkhouse (b.1952) is a German-British scientist living in Germany and is a granddaughter of the novelist, dramatist and literary critic Allan Monkhouse. Literature of the early 20th Century is one of her chief non-scientific interests; she is currently engaged on a comparative study of German and English poetry of this period. Penelope also writes poetry of her own and translates poetry to and from German and English.

Photo:  Courtesy of View Images via Google Images:  Mechtilde and Karl in London 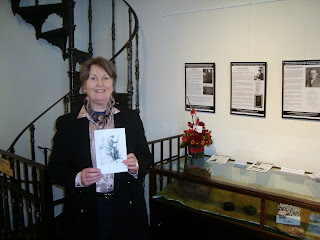 With many thanks to the hard-working band of volunteers who keep the lovely Lytham Heritage Centre going.

Their exhibition "Lancashire at War 1914 - 1918" has a section featuring some of the Female Poets, Inspirational Women, Fascinating Facts and Forgotten Poets of the First World War.

The Centre is open from 10 am to 4 pm every day except Mondays and the exhibition runs until 22nd November 2014.

There are also leaflets about female poets, writers and artists who served as VADs, nurses, drivers, etc., and about some of the best known WW1 songs.

The glass case you can see in the photo contains some specially created ceramic pieces by Lytham-based ceramic artist Marie Kershaw, who has also made some really lovely ceramic poppies, which I believe she will be selling in aid of a military charity. 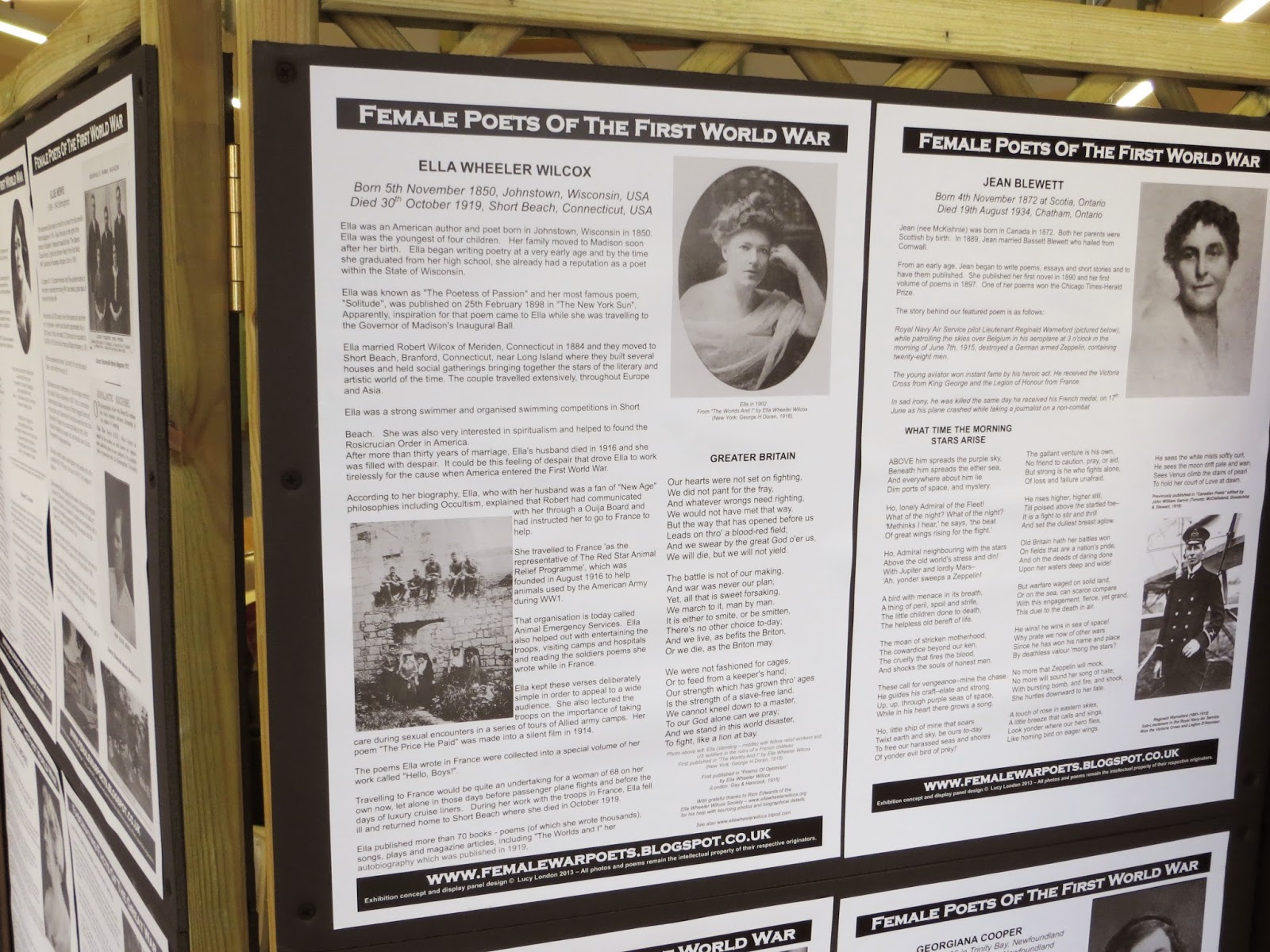 As many of you will know, I began this commemorative exhibition project in May 2012 for an exhibition to be held at the Wilfred Owen Story museum, in Argyle Street, Birkenhead, Wirral in November of that year.   Now, more than two year on, the project has grown and the exhibition (with slight variations to the original panels as I keep finding more information) is still on show.

For those of you who are unable to visit exhibitions I started this weblog and have also put some of the information into print (and e-book form).

Some of the exhibition panels are on currently on display in the UK at the Wilfred Owen Story, Birkenhead, Wirral;  Salford Museum and Art Gallery, Salford, Manchester; Fleetwood Library, Fleetwood, Lancashire.  There will also be panels on display at the "Lancashire at War 1914 - 1918" Exhibition at Lytham Heritage Centre, Lytham, Lancashire from 5th November 2014.


I am currently collecting information about poets, writers and artists who served in some way during the First World War.  As always I'd be most grateful for your help in finding others. Here are those I have found so far:

Edith Bagnold (Great-grandmother to Samantha Cameron)
Maud Anna Bell - Serbian Fund
Beatrix Brice Miller - went to France as a Lady Helper with her mother who was a trained nurse
Vera Brittain - VAD nurse in the UK and Malta
May Wedderburn Cannan - VAD - Rouen, France 1915 and Paris in 1918
Agatha Christie - VAD in Devon
Jessica Stewart Dismorr (1885 - 1939) - Artist who nursed in France in WW1
Eva Dobell
Lady Helena Emily Gleichen (1873 - 1947) - Artist. Radiographer during WW1
Isobel Grindley
Cicely Hamilton - Royaumont - administrator; actress, poet, writer
Violet Jessop
Winifred M. Letts - served with the Almeric Paget team of physiotherapists
Nina Mardel
Naomi Mitchison - Scottish
Carola Oman
Jessie Pope - was a volunteer at St. Dunstan's home for the Blind during WW1
Olivia Robertson
May Sinclair (Travelled to France with Dr. H. Monro in August 1914, May had to return to England after six weeks due to shell shock)
Freya Stark
Millicent Sutherland - funded a hospital - her work was painted by the French artist Victor Tardieu**
Joan Thompson
Evelyn Underhill (I am not sure if she nursed but she did work for the SSAFA - Soldiers, Sailors, Air Force Association)
Alberta Vickridge
M. Winifred Wedgwood

With thanks to all those who have helped me - Martin Zieren, Phil Dawes, Penelope Monkhouse, Stanley Kaye - and to all the people who have contacted me since I began this project.

Remembering my Grandfather, Lewis Jackson, an Old Contemptible with the Royal Field Artillery who survived the conflic,t and my Great Uncle, James Yule, who was killed at Arras on Easter Monday, 9th April 1917 - the same day as the poets R.E. Vernede and Edward Thomas were killed.

**  Victor Tardieu's paintings are on display at the Florence Nightingale Museum in London
Posted by Lucy at 04:18