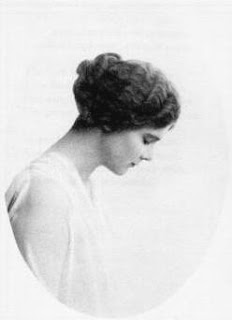 Margaret Widdemer was born in Doylestown, Pennsylvania, USA on 30th September 1884. She was raised and educated in Asbury Park, New Jersey, where her father, Howard T. Widdemer, was a Minister of the First Congregational Church. Margaret graduated from the Drexel Institute Library School in 1909. She first came to public attention with her poem “The Factories” abour child labour.

In 1919, Margaret married Robert Haven Schauffler.  She also won the Pulitzer Prize (known then as the Columbia University Prize) in 1919 for her collection “The Old Road to Paradise”. The Award was shared with writer, poet, editor, singer/songwriter Carl Sandburg for his poetry collection “Cornhuskers”.

“The Old Road to Paradise” https://digital.library.upenn.edu/women/widdemer/paradise/paradise.html

Ours is a dark Easter-tide,
And a scarlet Spring,
But high up at Heaven-Gate
All the saints sing,
Glad for the great companies
Returning to their King.

Oh, in youth the dawn's a rose,
Dusk's an amethyst,
All the roads from dusk to dawn
Gay they wind and twist;
The old road to Paradise
Easy it is missed!

But out on the wet battlefields,
Few the roadways wind,
One to grief, one to death
No road that's kind–
The old road to Paradise
Plain it is to find!

(Martin in his Colonel's cloak,
Joan in her mail,
David with his crown and sword–
None there be that fail–
Down the road to Paradise
Stand to greet and hail!)

Where the dark's a terror-thing,
Morn a hope doubt-tossed.
Where the lads lie thinking long
Out in rain and frost,
There they find their God again,
Long ago they lost:

Where the night comes cruelly,
Where the hurt men moan,
Where the crushed forgotten ones
Whisper prayers alone,
Christ along the battlefields
Comes to lead His own:

Souls that would have withered soon
In the hot world's glare,
Blown and gone like shriveled things,
Dusty on the air,
Rank on rank they follow Him,
Young and strong and fair!

Ours is a sad Easter-tide,
And a woeful day,
But high up at Heaven-Gate
The saints are all gay,
For the old road to Paradise,
That's a crowded way! 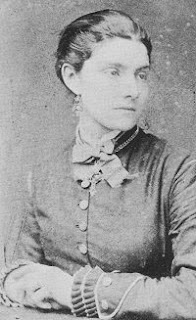 With many thanks to Dr Alison T. McCall, independent researcher, Kintore, for reminding me that I had not yet researched Elsie.  Dr. McCall has kindly sent me scans of some of Elsie's poems from her collection of WW1 poems. 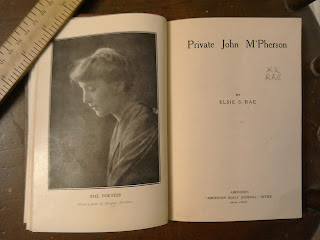 Elsie was born in Banff, in the Banff and Buchan area of Aberdeenshire, Scotland, on 16th November 1898. Her parents were John S. Rae, a grocer, and his wife Annie.  Elsie had the following siblings:  Annie, Kathy, John, William and Maggie.  Elsie studied at Aberdeen University and during the First World War, she served with the Voluntary Aid Detachment as a nurse. 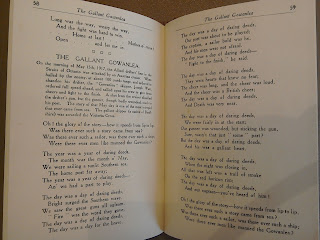