Following on from my post on 20th August 2014, here is a little more information about Eva. 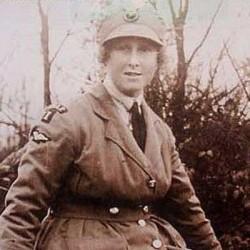 Eva served during the First World War until 15th November 1917.  Her experiences during WW1 inspired her poetry. 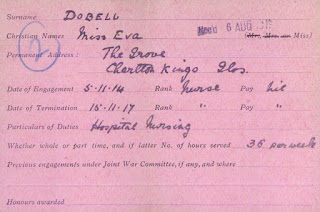 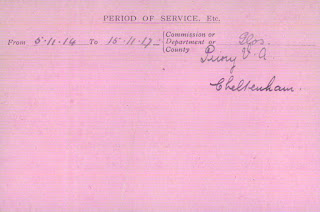 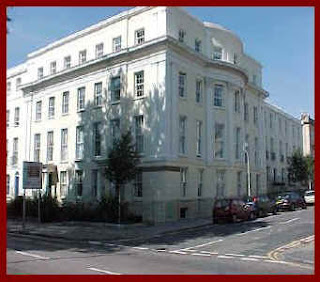 After the war, Eva continued to write, publishing poetry collections and a verse drama. She also edited a book of poems by Lady Margaret Sackville.

“English Poetry of the First World War:  A Bibliography” by Catherine W. Reilly (St. Martin’s Press, New York, 1978) p. 112;  Find my Past,  The British Red Cross data base of WW1 VADs and
http://www.remembering.org.uk/vad_priory.htm

The pain and laughter of the day are done
So strangely hushed and still the long ward seems,
Only the Sister’s candle softly beams.
Clear from the church near by the clock strikes ’one’;
And all are wrapt away in secret sleep and dreams.

Here one cries sudden on a sobbing breath,
Gripped in the clutch of some incarnate fear:
What terror through the darkness draweth near?
What memory of carnage and of death?
What vanished scenes of dread to his closed eyes appear?

And one laughs out with an exultant joy.
An athlete he — Maybe his young limbs strain
In some remembered game, and not in vain
To win his side the goal — Poor crippled boy,
Who in the waking world will never run again.

One murmurs soft and low a woman’s name;
And here a vet’ran soldier calm and still
As sculptured marble sleeps, and roams at will
Through eastern lands where sunbeams scorch like flame,
By rich bazaar and town, and wood-wrapt snow-crowned hill.

Through the wide open window on great star,
Swinging her lamp above the pear-tree high,
Looks in upon these dreaming forms that lie
So near in body, yet in soul so far
As those bright worlds thick strewn ion that vast depth of sky. 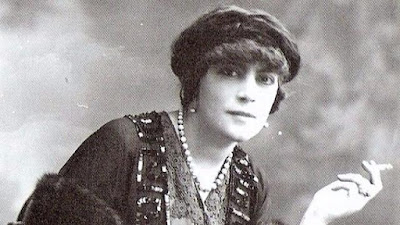 Lucie Delarue-Mardrus was born in Honfleur, on the Normandy Coast in France. Her father, Georges Delarue, was a lawyer.

Lucie was a talented poet, writer, journalist, sculptor and designer.  She married the translator and oriental studies expert J.C. Mardrus.  By the time WW1 broke out, Lucie was famous.

Divorced in 1915, Lucie volunteered as a nurse in Hospital 13 in Honfleur.   After the war she lived and worked in Paris.

I have not yet been able to find war-related poems by Lucie, apart from these lines, written on 16th August 1914: