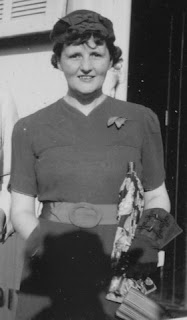 
During the First World War, Nora did social work among the poor in north London and Lorna worked in the Food Rationing Service.   On 8th June 1938, Nora married her cousin Major-General Claude le Golchey, MC in Holburn, London.  The couple had no children.


During the Second World War, she looked after her nephew while her brother Guy was in India.  Nora died on 12th May 1968.     Her WW1 poetry collection “Poems of a Pantheist” was published by Chatto & Windus in 1918 and was dedicated to “P.Q.R.”.


Photo:  Nora in Cairo in 1939, reproduced with kind permission from www.bomford.net

A relative of Nora with whom I have been in contact, sent me this about Nora's collection which received mixed reviews: 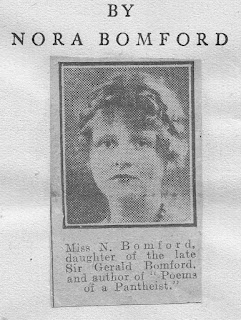 "According to Nora's inscription in the front of my copy, a review in “The Nation” was 'the best of 15 reviews'. There was a photo in the “Daily Mirror”, and a 'scathing account' in “The New Witness”. The photo from the “Daily Mirror” (I assume) is pasted into the book (copy attached), but I haven't found any of the reviews."


And with grateful thanks to Dr. Margaret Stetz who is the Mae and Robert Carter Professor of Women’s Studies at the University of Delaware in America for her continued support and encouragement of this commemorative exhibition project. Without her help I would not be able to do as much.


I stopped what I was doing the other day to answer an SOS e-mail from Suzy Glass.  There is to be an event at the Edinburgh Art Festival on Sunday, 31st July 2016 at which one of Nora Bomford’s poems will be read and they needed information about Nora.  Here is information about the event – tickets are limited so if you are interested don’t delay: 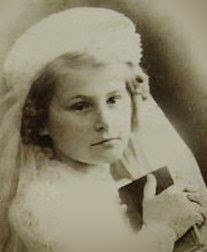 Marie Nizet was born in Brussels on 19th January 1859.  She was the daughter of Belgian writer and poet Francois-Joseph Nizet, who worked at the Royal Library in Brussels.


Marie studied in Paris and while there met several Rumanian people which probably inspired her interest in Rumanian mythology.  At the age of 19, Maris published a book entitled “Captain Vampire” – seventeen years before Bram Stoker published his book.


Marie married, divorced and brought up her son alone.  She died in Etterbeek, Belgium in 1922.

Today, my love, is a holiday,


I’m knocking on your door to say


But I am dead and you are slain.


With thanks to Peter Parsley for his help in finding the photograph of Marie.
Posted by Lucy at 07:25

If women poets were included in a Poets' Corner who would you choose? 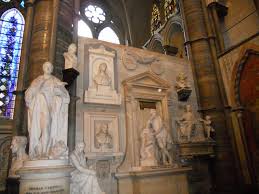 Why are no women poets of WW1 mentioned on Poets' Corner in Westminster Abbey?   I supposed the old chestnut is because ‘they didn’t fight’ so were therefore not qualified to write about the first truly global conflict that rocked the planet.

However, contrary to popular belief, women did go to the war zones and many of them died or were killed serving the cause.  I think it is high time we had a women’s WW1 poetry section at Poets’ Corner.    Who would you suggest?  This is my list:

Rosaleen Graves – British - trained as a nurse during WW1, nursed in Britain and France, studied to become a doctor


May Wedderburn Cannan – worked in The Coffee Shop on Rouen Station


Joan Thompson – travelled to France with the Red Cross
Posted by Lucy at 01:50

Looking through Vivien Newman’s book “Tumult & Tears The Story of the Great War through the eyes and lives of its women poets” (see review on this weblog 5th July 2016), I have noticed quite a few names that are new to me.


When I have time, I hope to research these WW1 poets, find examples of their poems and add them to my list:


Jessie WAKEFIELD
Posted by Lucy at 03:01

THE COMING DAWN.
DEDICATED TO
THE CAMBRIDGESHIRE REGIMENT.
We are waiting, surely waiting,
For that glorious day to come
When our boys receive the orders
"Shoulder rifles, march for Home!”
Gone for aye the hours of anguish,
Gone for aye those nights of pain,
Father, brother, son, or lover,
Safe in England once again!
Chorus.
Lift your heads then! Tune your voices!
Make the hills and dales to ring!
Can't you hear the tramp of thousands
As they chant the victor's hymn?
There are lads in khaki dying
Who have nobly played Their part,
There are eyes with tears a' falling
On the grave of some brave heart ;
There are records bright and glorious,
Writ in words of flaming fire,
Which, throughout the endless ages,
Often heard shall never tire.

I am very grateful to researcher and local historian Philip Dawes for the following information about Constance:

Constance Ellen Sandifer 1870 – 1949, was born and died in Eastbourne.  Her connection with Cambridge as per the above war poem came from her father James Frederick Sandifer and uncle Robert E. who were born in Cambridge, Holy Trinity parish.  Their father died when they were young and their mother Maria was a ‘Dressmaker/Pauper’ in 1851.  At some stage in the 1860’s the two young men moved to Eastbourne, started Grocery shops and married local girls.  They appear to have made good livings as each family had servants and shop assistants living in.  They had a lot of children between them and their unfortunate wives died young.

We can find her aged 1 on the 1871 census with mother Eliza (nee Parks) and father James and an older sister aged 2, Ethel Maud.

In 1881 her father is a widower but a lot more children have been born before Eliza died in 1878 – seven of them under 10 years old.  Constance is listed as ‘Nelly. C. Sandifer’. They are not poor: as they have 4 live-in servants and two shop assistants lodging. James’s mother Maria has moved from Cambridge to help: widow aged 70.

By 1891 both parents are dead, as is old Maria.  Eliza’s mother Mary Parks has moved in - aged 73, basket maker, even though the 6 children still at home are by now mainly adults.  Ethel, 22 Constance 21, William 18, Clifford 17, Robert 16 and Hilda 14 are all at home.  They are probably somewhat poorer but still have one servant living in and two military men as boarders.  The girls don’t have jobs outside the home.

I can’t find Constance in 1901 when she would have been 31. Eventually I found her on the 1911 census. She is in Clacton on Sea and is a milliner living-in with a draper’s family along with 6 other shop assistants. She is listed by the enumerator – or the draper – as Constance Ellen Sandifere.

As you know she appears in Eastbourne on the 1939 census as a milliner /retired. She is still single.

Constance must have had music lessons as a girl and she was active in the early 1900’s writing songs and piano music, about half a dozen of which are still listed.
We also get a glimpse of her on 21 Dec. 1907 when she sent a wreath for the funeral of the David Perry, Superintendent of the Eastbourne Fire Service.

Her optimistic war poem/ song of Feb. 1917 was about the Cambridgeshire Regiment and their possible homecoming. It was published in the Wisbech Standard. She may have still had relatives in the area. There are no other newspaper mentions ofConstance as far as I can tell – nor are any other poems/ songs published.  I will keep looking. I you want the census results I can send them.

Constance seems to be rather elusive in the records.  Part of this is due to her ‘name changes’.  She appears as Constance and as Nelly (version of Ellen her other name).  Another problem is that either her publisher, the newspapers or she herself added an ‘e’ to the end of her name at some stage.

Information kindly supplied by Phil Dawes, researcher and local historian. If anyone has a photograph of Constance please get in touch.
Posted by Lucy at 06:16

Book Review: "Tumult & Tears - The Story of the Great War through the Eyes and Lives of its Women Poets" by Dr Vivien Newman 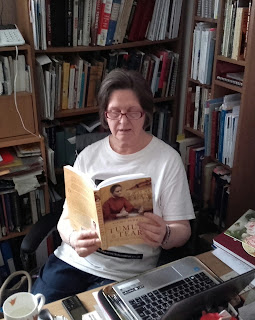 I really wish this wonderful book had been available when I began my commemorative exhibition project by researching Female Poets of the First World War in May 2012.


From the dedication, abbreviations contained in the book and introduction about women’s war poetry, right through to the comprehensive index at the back, this book is a treasure trove of information both relating to the poems included and the background history of the conflict.


As Dr. Newman points out on page xi of the Introduction, the First World War has a legacy of poetry that is remarkable in its sheer volume and I believe there is still a large amount to be discovered.   You will find some 92 poets included in the book – some of them will be familiar names but quite a few will quite probably be new to most readers.


Chapter I, entitled “When ‘Pierrot Goes Forward, What of Pierrette?’, sets the scene with poems written in the early days of the war by women who saw their men-folk march away.  I was particularly interested in Katharine Tynan’s “Joining the Colours” (dedicated to the West Kents, Dublin, August 1914) on page 2 because my Great Uncle joined the West Kent Regiment.   This Chapter also includes poems about knitting – “Time will win – knit a twin” by Mrs Mary K. Gibbons on page 14 being particularly poignant, for I remember my Grandmother, an avid knitter, always knitted two socks at once.  No doubt Grandmother began that practice in WW1 when Mother was four and uncle a year old and Grandfather, a professional soldier (Old Contemptible) with the Royal Field Artillery, went away for the duration of the war.

Chapter 2 deals with religion in women’s poetry, Chapter 3 nature in women’s war poetry, Chapter 4 poetry written by women who served in some capacity.  I found Chapter 5, dealing with grief in women’s war poetry, touched a chord with me because of the poem by Mary E. Boyle about the death of her brother.  Newman says “Boyle’s belief that her brother’s death has destroyed a part of her is far from unique” which is a sentiment born out by my own Mother whose younger brother, one of two siblings born when Grandfather returned from WW1, was killed in a tank battle in Libya during the Second World War.

There is a comprehensive summing up in Conclusion on page 151 and then come the Appendices – Appendix 1 contains biographies of the poets included and I do so love to know a bit about the poets – a legacy from my English Literature teacher at school.  Appendix 2 is particularly interesting I feel because Dr Newman talks about the publishers, many of whom are very familiar names to those who enjoy the poetry of WW1.

In Appendix 3, Dr. Newman writes about the amazing Birmingham War Poetry Collection, and then comes the all-encompassing Index.

A most enjoyable read and definitely a book to recommend to any poetry lover.