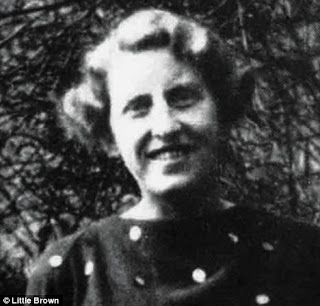 Winifred was born in Rudston, Yorkshire on 23rd June 1898.  Her Father was David Holtby and her Mother, Alice, was the first woman to be an Alderwoman on the East Riding County Council.   Winifred went to St. Margaret’s School in Scarborough and was going to go to Oxford in 1917 but instead joined the Women’s Army Auxiliary Corps and in early 1918 she was sent to France as part of a signals unit.

In 1919, Winifred went up to Oxford, where she met Vera Brittain who became her life-long friend and in 1921 she became one of the first women to be awarded a degree by that University.
Winifred was a feminist, pacifist, writer, poet and journalist – working for The Manchester Guardian, Daily Express, Evening Standard, Good Housekeeping and The News Chronicle.   Winifred’s debut novel “Anderby Wold” was published in 1923.

Of all the 14 books Winifred wrote, the most famous – the novel, “South Riding”, which was published in 1936 after her death - was made into a film and twice into a television series.   Hull History Centre holds many of Winifred’s papers and an academy school in Hull has been named after her.


‘Trains In France’
All through the night among the unseen hills
The trains,
The fire-eyed trains,
Call to each other their wild seeking cry,
And I,
Who thought I had forgotten all the War,
Remember how a night in Camiers,
When, through the darkness, as I wakeful lay,
I heard the trains,
The savage, shrieking trains,
Call to each other their fierce hunting-cry,
Ruthless, inevitable, as the beasts
After their prey.
Made for this end by their creators, they,
Whose business was to capture and devour
Flesh of our flesh, bone of our very bone,
Hour after hour,

Angry and impotent I lay alone
Hearing them hunt you down, my dear, and you,
Hearing them carry you away to die,
Trying to warn you of the beasts, the beasts !
Then, no, thought I ;
So foul a dream as this cannot be true,
And calmed myself, hearing their cry no more.
Till, from the silence, broke a trembling roar,
And I heard, far away,
The growling thunder of their joyless feasts –
The beasts had got you then, the beasts, the beasts –
And knew the nightmare true.

Today it is fashionable to scoff at poetry written about the First World War by women.  What would mere women know of the true conditions in the trenches!   And yet it is easy to forget that life was very different in 1914 - even 'less well educated' people read, appreciated and wrote poetry.  If you don't believe me, look at the very talented Isaac Rosenberg for instance.  After Rosenberg's death, Edith Sitwell wrote:  'Isaaac Rosenberg is one of the two great poets killed in the war - the other being Wilfred Owen'.   And yet, neither Rosenberg nor Owen had a university education.

In her WW1 collection 'England's Boys', which is available on Archive, Constance Ada Renshaw (see post of 23rd September 2015) wrote poems that were appreciated by many, but especially by soldiers. You will be able to read some of the comments made by fighting men about her poems if you follow this link:

Constance's other WW1 collections were:

To find out why many women did indeed know what conditions were like in the trenches and in other theatres of WW1, please see the weblog Inspirational Women of WW1
www.inspirationalwomenofww1.blogspot.co.uk
Posted by Lucy at 03:54

Georgette was born Alexandra Georgette Christian in Palermo, Italy in 1965.  Her parents were Ewan Christian, a wine exporter, and his wife Caroline, nee Whitaker.


On 12th November 1889, Georgette married Philip Leslie Agnew at St. Marylebone Church, London.  Agnew was a member of the publishing firm Bradbury, Agnew and Company.  The couple had three children – Ewan Siegfried (1898 – 1930), Elaine (who was born and died in 1896) and Enid Jocelyn (1898 – 1921).  From 1910, the Agnew family lived in Littlecourt in Farthingstone, a village in Northamptonshire.
Ewan joined the 5th Lancers and was mentioned in despatches.  Although he survived the war, Ewan died from the after effects of an illness contracted during WW1.