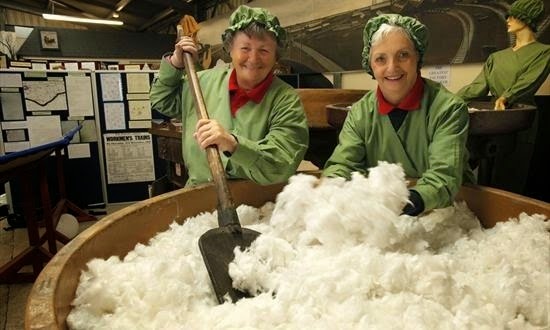 Many thanks to Clive Barrett, who broke off his own research into Yorkshire WW1 poet and artist Constance Ada Renshaw to help me with this.

The family lived in Woolwich in London in 1891 and in Erith in Kent in 1901.  They must have been fairly well off because they had servants.  By 1914, the family had moved to Belvedere in Kent.

During the First World War, Madeline's brother Edward Terence Bertyn Bedford was a Captain in the 34th Siege Battery of the Royal Garrison Artillery.  He was killed on 28th May 1917 during the Battle of Arras and is buried in the Achiet-le-Grand Communal Cemetery Extension in Pas de Calais, France.

In 1919, Madeline Ida married married Ernest Bolton Morris at St.Martins-in-the-Fields, London on 24th June They had records one child, a daughter - Madeline B Morris - who was born in Greenwich in 1922.  A Madeline B. Morris married a Bernard O. Green in Westminster in 1946.
Madeline Ida died in 1956 and the probate record indicates that her daughter’s husband’s name was Bernard Osborn Green.  Madeline Bolton Green was the beneficiary of Madeline Ida Bolton Morris’s estate.

Madeline's WW1 poetry collection, "The young captain, and other poems:  fragments of war and love" was published in 1917 by Erskine Macdonald.  Her most famous poem "Munitions Wages", was first published in the Farewell Souvenir magazine of HM Munitions Factory in Gretna.  Those magazines were produced for the Dornock and Mossband munitions factories, so it seems Madeline may have worked in one of those factories, as indeed many women of all backgrounds did during the First World War.

The Gretna Factory is now a museum called "The Devil's Porridge".  The term "Devil's Porridge" was coined by Sir Arthur Conan Doyle when he visited the factory, which opened in 1916.

Photo from the Museum The Devil's Porridge in Gretna, showing why Sir Arthur Conan Doyle coined the phrase.  Munitions factories were vital to the cause of winning the war.  The soldiers said that those who worked in munitions factories faced as much danger as those who were fighting.   Many munitions workers were killed or injured.

Find out more about the museum here http://www.devilsporridge.org.uk
You can also Like their Facebook page here https://www.facebook.com/devilsporridge?fref=ts

The photo of two volunteers re-enacting "munitionettes" stirring "The Devil's Porridge" was supplied by Richard Brod, who also kindly sent me copies of the poems published in the Farewell Souvenir Magazines written by the women workers at the factories.