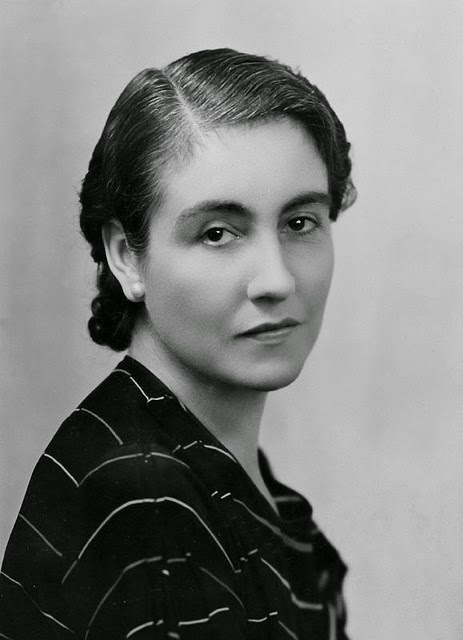 From time to time I receive e-mails out of the blue from relatives of some of the poets who have read my weblog.   This morning came a lovely e-mail from a gentleman called Malacrida who very kindly corrected Nadja's birth date.  So I can now re-post a brief biography about Nadja with the correct birth date.

Nadja was the pen-name of Louisa Nadia Green, daughter of Mr and Mrs Charles Green and niece of Lord Cowdray.  Nadja was born in Hampstead in London, UK on 15th June 1895.  By all accounts she became an accomplished athlete and also obtained her pilot's licence.

During the First World War, Nadja published three volumes of poetry - "Love and War" a collection of poems which was published in 1915,  "For Empire and other poems" published in 1916 (Arthur L. Humphreys) and "The Full Heart"  published in 1919.   All of these collections were sold in aid of St. Dunstans Home for Blind Soldiers* in London and The Star and Garter Home for Disabled Soldiers in Richmond.

On 6th December 1922, Nadja married Pier Malacrida de Saint-August, an Italian Marquess, with whom she collaborated on the writing of novels.  Nadja was also a broadcaster for the BBC,  regularly organising poetry readings which were very popular.   She wrote a syndicated newspaper column and introduced the idea of 'cuaserie recital' musical evenings.

Nadja took part in an early John Logie Baird television broadcast on 22nd February 1933, when from 11 - 11.30 television by the Baird Process (vision) was broadcast.   Sound was separate via the Wireless on 398.9 m. and the programme was only available in London.

Nadia and her husband were very popular in London's society scene and Pier, who had studied engineering at Leeds University was an interior designer, working on many prominent projects in London in the 1920s and 1930s.   They were friends of Cecil Roberts the author who lent them his country cottage "Pilgrim Cottage" near Henley while he was on a Greek cruise.   On her way back to London, Nadja's car left the road and she was killed instantly on 3rd October 1934. She is buried in Fair Mile Cemetery in Henley-on-Thames.