I promise to get back to Female Poets shortly, but just had to tell you about the dates of performances for 2014 of The Wilfred Owen Story musical drama: 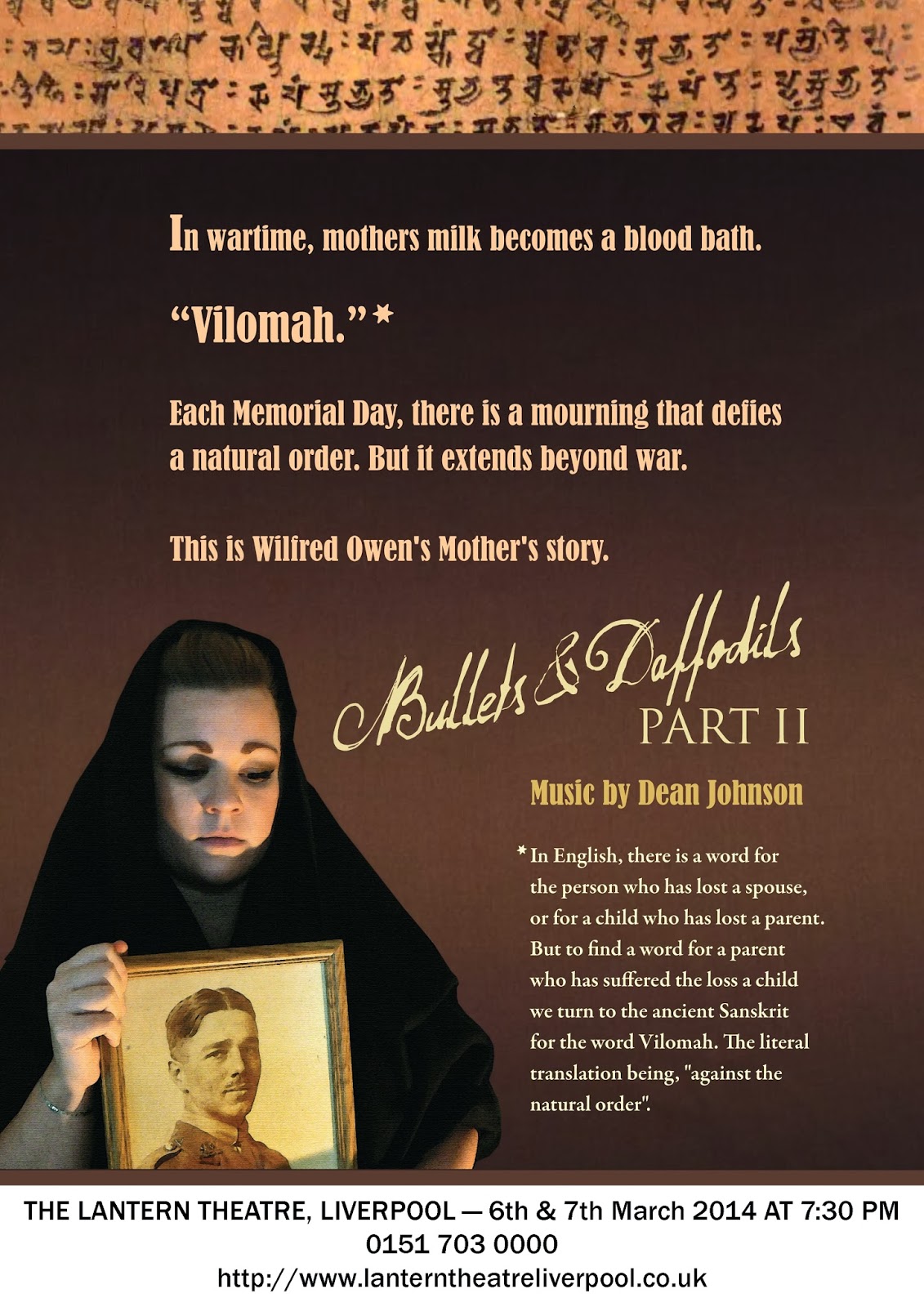 For the Liverpool performance at The Lantern Theatre, Blundell Street on 6th and 7th March 2014, actor and musician Davy Edge, who starred in the original cast of Blood Brothers, is set to make his return to the Liverpool stage.
Davy, who went on to feature in Brick Up The Mersey Tunnel, will narrate the World War I musical drama Vilomah at The Lantern Theatre. The production, written by Wirral songwriter Dean Johnson, is the sequel to the Wilfred Owen musical Bullets And Daffodils, which played to packed houses in London's West End in 2012 and last year. This new drama is set after the War and is about the effect that Owen’s death had on his mother Susan, played by talented newcomer Jodie Forshaw.
Davy, who now teaches acting, has a lifetime love of Owen's work and was tempted back to the stage by the power of Wilfred's poetry, which features as songs in the piece.
Writer Dean Johnson says, “Bullets And Daffodils featured some very high profile names such as Dean Sullivan and John Gorman. Willy Russell saw Davy's potential very early on in his career, and cast him in many great roles. It is amazing that Davy has agreed to narrate my new production.”
The voices of Christopher Timothy and Oliver Reed's son Mark also feature, and the script contains contributions from Dr Who writer David Quantick.
6th & 7th March 2014, The Lantern Theatre, 57 Blundell Street, L1 0AJ
Tickets: 0151 703 0000 or http://lanterntheatreliverpool.co.uk/events/theatre-of-war/ 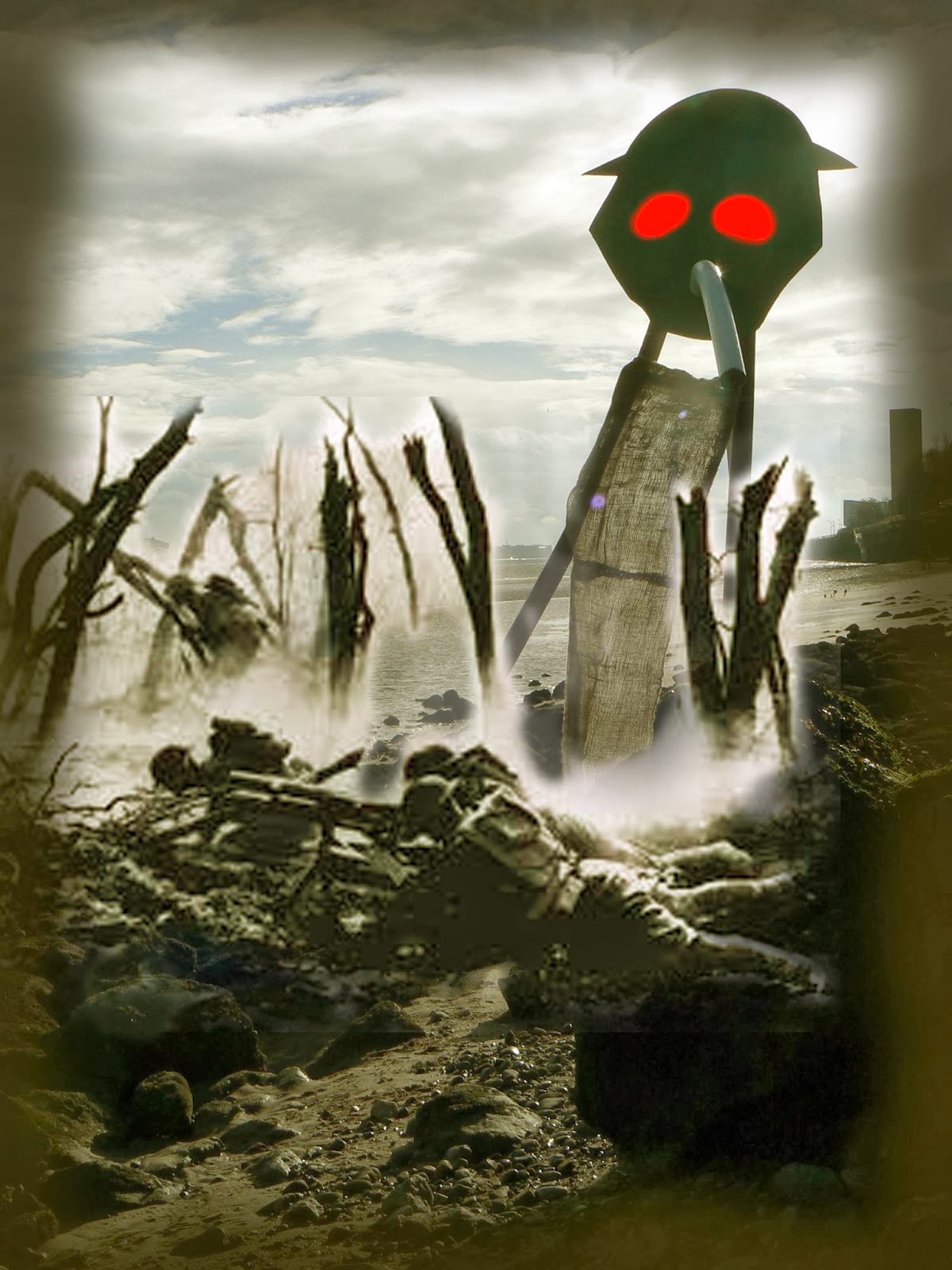 Photo:  Jack, a puppet specially designed for "Bullets and Daffodils" by Jenz Manu
Posted by Lucy at 05:09