"A Service Rendered" - A Collection of Poems written during WW1: Review

Strictly speaking this is not about Female Poets but if you read the story you will surely understand why I could not leave out a mention of this amazing WW1 anthology of poems: 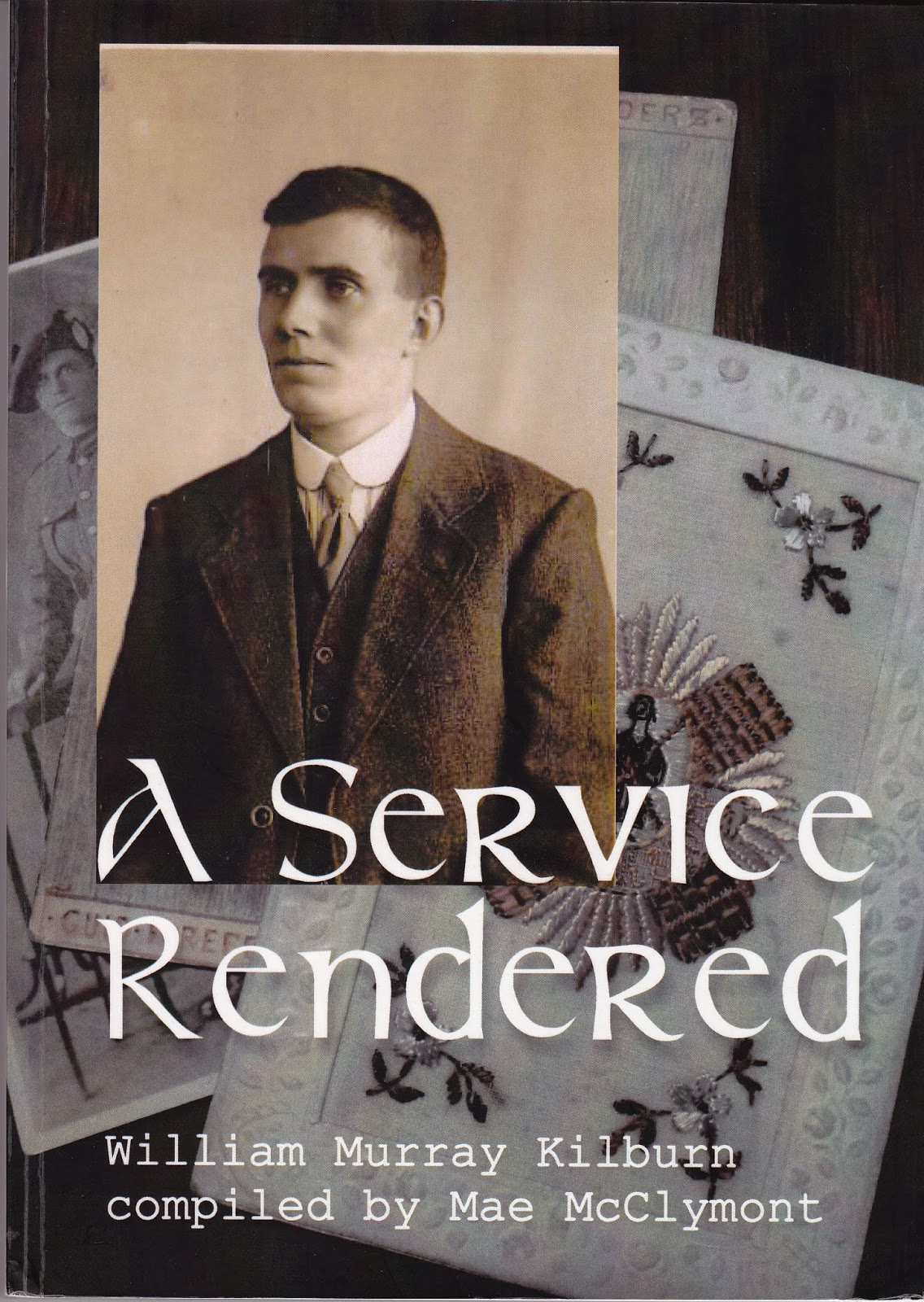 The First World War was the first ‘total’ war, involving men, women and children and affecting every country of the globe.  It is probably for that reason that World War One, which was also known as The Great War or The War to end all Wars, has been written about more than any other conflict.   As I began to research women who wrote poetry during WW1, I thought it was highly probable that there were still unpublished poems hidden away in attics, drawers and suitcases waiting to be heard.   This book proves me right.

William Murray Kilburn, born in Alva, Clackmannanshire, Scotland in 1887, lost his sight after he fell into a canal containing toxic waste.  William’s niece, Mae Murray McClymont, has collected together a remarkable tribute to her uncle in an anthology of the poems he wrote during the First World War.  According to family members, William used to walk to the local railway station and chat to wounded soldiers returning from the War.   The conversations he had inspired him to write poems, which Mae suggests, were his way of contributing to the war effort.  William died in 1942 at the age of fifty-four.

In the anthology of William’s poems called “A Service Rendered”, Mae McClymont has gathered together sixty-eight of the WW1 poems written by her uncle, covering pretty much every aspect of the War from the sea and the early days, through to the Balkans, Egypt, Galipoli and Cambrai.  There are poems dedicated to individuals as well as to regiments such as the Royal Scots Greys, the 42nd Royal Highlanders, Irish Troopers, the Argylls, the Gordons, troopships, gun horses, mules, the Seaforths and more.

William's poems would be remarkable enough if we did not know that the writer was blind. During the course of my research, I discovered that such poems were often published in pamphlet form and sold to raise funds for the war effort – perhaps this was the case with William’s poems?   Mae tells us that William's poems were published in the North-East Lanark Gazette.

Mae, who lives in Scotland, worked in the health service as a radiographer.  With a deep and enduring interest in poetry, she was unaware that her uncle William had written poetry until cousins in Canada brought them to her attention.    She searched for the poems in the library's microfiche records and found them, though the records were black, smudged and difficult to read.   Mae persevered and spent two winters typing up her uncle's poems.    The results is “A Service Rendered”, an anthology of WW1 poems written by William Murray Kilburn throughout the 1914 – 1919 years, edited and published by Mae Murray McClymont in 2013. The anthology is available from maemcclymont@gmail.com   The price is £6.95 with £2 postage and packing in the UK - £8.95.   Profits from the book are aid of Guide Dogs for the Blind.

With interests that range from literature, paintings,  music, and more recently, astronomy, Mae has travelled quite a bit, mainly in Europe, Canada and North America.

Mae mentions that her uncle also wrote other poems – we hope she will collect those together too for this is a wonderful collection – for any serious student of the poetry of the First World War "A Service Rendered" is definitely is a must-read.

To hear one of William's poems please click on the link:
http://www.bestkeptsecrets.biz/2014/02/listen-again-review-of-service-rendered.html